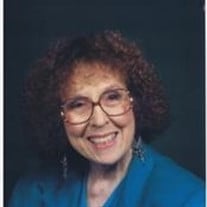 Wilma Lillian Jahn, a longtime resident of the Rogue Valley, went to be with her beloved Savior on April 19, 2011. She was 94. Wilma was born July 30, 1916, to Walter A. and Lilla R. Wood, in Colome, S.D., growing up with an older brother, Harold, and a younger sister, Doris. The love for her sister, Doris, who had a severe hearing impairment, later led her into the field of education for the hearing impaired. Wilma had a fairly carefree childhood growing up in a small town, riding her horses, Pal and Ginger, over the prairie. Her father and his partner owned a general store which did not survive the Great Depression. Wilma was proud of the fact that when things got better, her father paid back all of the debts he owed when he was forced to file bankruptcy. Her father and her mother, Lilla, who had grown up on a homestead and was a teacher before her marriage, opened a restaurant when Wilma was in high school, and she worked in the restaurant in her spare time. Wilma spent one year at Augustana College, in Sioux Falls, Ill., working hard for her room and board, and then transferred to Concordia College, in Seward, Neb. She loved her classes and greatly appreciated the fine Christian teachers there. After leaving Concordia, she finished her training as a teacher of the hearing-impaired at the Detroit Institute for the Deaf, and taught at the Lutheran School for the Deaf, in Flint, Mich., for six years. She met her husband to be, Norman Jahn, in Detroit, and a younger relative of his recalls that when his family met her, they thought she was very glamorous, like a movie star. Wilma and Norman were to have their wedding at eight o'clock in the morning, but as her family knows, punctuality was not one of Wilma's strong points. She was late to her own wedding! They were married August 11, 1940, until Norman's death in 1989. During the early part of their marriage, Wilma and Norman remodeled an old house in Detroit and lived there until after the birth of daughters, Julie and Sue. Norman was unable to serve in the armed forces during World War II, but worked in airplane manufacturing during the war. Shortly after the war, the Jahn family moved to Marshall, Minn., where Norman worked as an insurance representative for Aid Association for Lutherans. Two more children, Philip and Betsy, were born in Marshall, but in 1951, the family moved to Medford, Ore., where the children grew up. Wilma and Norman continued to live in Medford until the ends of their lives. In 1955, Wilma was hired as a teacher of hearing impaired children at a school run by the Junior Service League, a group of dedicated volunteers. She taught there for 11 years, and when the program became the Southern Oregon Regional Facility for the Deaf under the Jackson County Intermediate Education District, she taught there for eight more years. She was beloved of her students and their families, keeping in touch with many of them for the rest of her life. No one could know Wilma without quickly learning about her great love for her family and her love for her Lord and Savior, Jesus. She enjoyed many activities with her family, camping being one of the favorites. The family made two cross-country camping trips, where all six, plus the family dog, slept in the station wagon and in a tent which Wilma made to extend behind the open tailgate. She was active in her children's 4-H Club, and made sure all her children had music lessons. She and her family attended St. Peter Lutheran Church while her children were growing up, then she and Norman began attending Gloria Dei Lutheran Church, where she was a member until her death. She taught Sunday School and catechism classes, as well as doing many other things within the church. In 1985, she attended classes at Concordia Lutheran Seminary, Fort Wayne, Ind., to become a sign language interpreter in the church setting, and she did this at Gloria Dei for several years. Wilma's chief concern for her children and grandchildren was that they learn to love and serve the Lord, and she always prayed tirelessly for those she loved. Wilma and husband, Norman, were volunteers for several years in the Laubach literacy program, where they met the Yee family who came here from China. The family named their son Norman, after Norman Jahn, and considered Wilma and Norman to be grandparents to their children. This relationship has continued. When asked why she worked as a Laubach tutor, Wilma once said, We do it out of grateful hearts for all the blessings we have received. She named one of the blessings as the recovery of her granddaughter, Jeannie, who had severe head injuries from being kicked by a horse. Wilma and Norman also worked tirelessly on behalf of Cambodian families who came here under the church's sponsorship. Wilma was creative and artistic in many types of media, and was an avid watercolor painter. She had a great sense of fun, and a sharp wit, as well as the beautiful smile we all loved. Wilma was preceded in death by her parents; her brother, Harold; her sister, Doris; her husband, Norman; and grandson, Arik Skoog. She is survived by her children, Julie (Richard) Santillie, of Medford, Ore., Sue (Robert) Ritter, of Viola, Idaho; Philip (Mary) Jahn, of Grangeville, Idaho; and Betsy (Keith) Brown, of Corvallis, Ore. She also leaves behind eight grandchildren; four great-grandchildren, with one more expected soon; and two great-great-grandchildren; as well as the beloved Yee family. A celebration of Wilma's life will be held on Friday, April 29, at 11:00 a.m., at Gloria Dei Lutheran Church, 745 North 10th Street, Central Point, OR 97502-2192. The Rev. Herbert Percy Jr., will be presiding. Funeral arrangements are by Memory Gardens. Her family would like to acknowledge the wonderful care given to Wilma by Loving Hands Care Home and Asante Hospice.

Wilma Lillian Jahn, a longtime resident of the Rogue Valley, went to be with her beloved Savior on April 19, 2011. She was 94. Wilma was born July 30, 1916, to Walter A. and Lilla R. Wood, in Colome, S.D., growing up with an older brother, Harold,... View Obituary & Service Information

The family of Wilma Lillian Jahn created this Life Tributes page to make it easy to share your memories.

Wilma Lillian Jahn, a longtime resident of the Rogue Valley,...

Send flowers to the Jahn family.