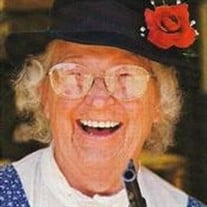 Funeral services for Sadimae Joett Oldham Chastain-Jones were held at 2 p.m Saturday, Oct. 8, 2011 at Memory Gardens Mortuary Chapel, Medford. Private interment will be in Memory Gardens Memorial Park. Mrs. Jones, age 79, of Chloride, Ariz., formerly of the Rogue Valley, died Sunday, October 2, 2011 in Las Vegas, NV., from complications of a stroke. She was born on March 30, 1932 in Sunset, Texas, the daughter of Rufus and Estelle Oldham. She survived her husband Oran Chastain, whom she married on Feb. 10, 1923 in Reno, NV. She then married her current husband, Benjamin Jones on Aug. 14, 2002, in Las Vegas, NV. Sadie was a wonderful wife and mother and was very involved in her children's lives. She did what ever was necessary at the time to make her children's lives complete. She was a scout master, a softball coach, a pep squad advisor, and was in attendance for every wrestling match, and band performance her children were involved in. In later years, Sadie became a member of The Wild Roses of Chloride, the only known all woman gun-fighting group in the world. She played the character "Maw Russell", and was lovingly referred to as Maw, by the other Roses and many of the town's residents. Sadie joined the gun fighting group in 2001 and was an active member until her health made it difficult to perform. Survivors include her husband, Benjamin Jones, Chloride, AZ., a son Edward Chastain, Eugene, OR., a daughter Patricia Pommerening, Escondido, CA., brother Elgia Oldham, Portland, OR., and two grandsons Robert O. Walker and Brian E. Chastain. She was preceded in death by husband Oran Chastain, a son Robert Chastain, a sister Rebba Pence, and two brothers Eldon and Rufus Oldham. Memory Gardens Memorial Park & Mortuary in care of arrangements. Chloride, Arizona passed Sunday, Oct. 2, 2011 in Las Vegas, NV. Services were held at 2:00PM Saturday, Oct. 8, 2011 at Memory Gardens Mortuary Chapel with a reception to follow.

The family of Sadimae Joett Chastain-Jones created this Life Tributes page to make it easy to share your memories.

Send flowers to the Chastain-Jones family.