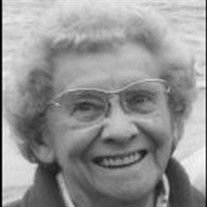 Rose Amelia Smith Rose Amelia Smith, 84, of Medford, Ore., died Thursday, June 5, 2008, at her home in Medford, Ore. A Celebration of Life Service will be Sunday, June 15, 2008, at 3:00 p.m. at the Medford First Church of the Nazarene. Dr. David Grinder, of Medford, will be officiating. Memorial contributions can be made to the Medford First Church of the Nazarene Children's Ministries. Rose was born on March 15, 1924, in North Platte, Nebr. She moved from Riverton, Wyo., in 1946, and married Marvin S. Smith on December 26, 1952, in Medford. She was a secretary at Pierce Freight Lines, and at Smith Dynge Lumber Company. Upon the birth of her children, she devoted the rest of her life to being a stay-at-home mom, wife and grandma. She was actively involved in children's ministries at the First Church of the Nazarene in Medford, serving in numerous capacities for over 53 years. She is survived by her husband, Marvin Smith, of Medford; children, Kerry Smith (Cindy), of Klamath Falls, Ore.; Bryan Smith (Dianna), of Medford; five grandchildren, Kacie Smith, and Kayde Smith, of Klamath Falls, Brandon Thomas and Marissa Thomas, and Jenna Smith, of Medford; sisters, Georgia Couch, and Roberta Hayes. She was preceded in death by her parents, Richard and Margaret Briseno; sisters, Geraldine Leach, and Esther Holler; and brother, Richard Briseno. Arrangements are by Memory Gardens Mortuary, (541)773-7338. memorygardensmortuary.com

The family of Rose Amelia Smith created this Life Tributes page to make it easy to share your memories.

Send flowers to the Smith family.