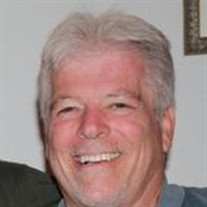 Richard Sherman "Geewad" Nielsen Richard S. Nielsen, 59, of Medford, died Thursday, March 11, 2010 at his home. Rick fought a courageous three and a half year battle against stage four colon cancer. He was born February 4, 1951 in Oakland, California to Clifford and Audrey (Ferris) Nielsen. As a youth, Rick attended schools in California including the cities of Redding, Red Bluff and Hayward. His family moved to Medford when he was a teenager. He graduated from Medford Senior High School in 1969. From February 2, 1971 to December 1, 1972, he served in the US Army 3rd Infantry Division, 67th Air Defense Artillery in Heidelberg, Germany. He was awarded the Army Commendation Medal, the National Defense Service Medal and Army Service Ribbon. In 1985, Rick received his Associate in Science Degree in Nursing from Southern Oregon State College in Ashland. Rick spent most of his working years in construction and building. He became quite a craftsman and was well known for his finish and detail work. He owned and operated his own business, R. Nielsen Construction. On June 16, 1992 at Bear Creek Park in Medford, he married Kyle Anne Gheen, who survives. Rick's interests were varied. He enjoyed skiing, old cars (especially his '56 Chevy), traveling, woodworking, building anything, making pizzas, going to the movies and working on his property. Rick loved his wife and children more than anything. He had a soft spot for his grandchildren. They gave him the will to live and buoyed him up when he needed it most. Rick is a member of the Church of Jesus Christ of Latter-day Saints. Rick was known for his hard work and honesty. Although he was firm or sometimes stubborn, he knew how to have fun. He was just a big kid who family and friends wanted to be around. During his skiing trips with friends and family, he would wear a fuzzy floppy eared hat. Somehow, the nickname "Geewad" became his. A vanity license plate on his truck would prove it. Survivors in addition to his wife, Kyle, include four sons, BJ (Brandy) Nielsen, Josh Nielsen, Aaron Nielsen and Richard Sherman "Ricky" Nielsen, Jr.; three daughters, Meghan (James) Schols, Kendall Nielsen and Brittany Nielsen; one brother, Scott (Pam) Nielsen; three sisters, Teri (Graden) Blue, D'on (Randy) Thompson and Kristine (Doyle) Oakey; his parents, Clifford and Audrey Nielsen; ten grandchildren, Dylan Nielsen, Gauge Nielsen, Colby Schols, Kasen Schols, Keenan Schols, Paxton Nielsen, Tristan Drewien, Paris Drewien, Daniel Drewien and C.J. Martin. He was preceded in death by one brother, Clifford Floyd Nielsen, Jr. He will be deeply missed by his family and friends. Those who wish may pay their respects at a viewing to be held on Friday, March 19 from 1:00pm to 7:00 pm at Memory Gardens Mortuary or 10:00 AM Saturday, March 20, 2010 one hour prior to the 11:00 AM Service at the Church of Jesus Christ Latter Day Saints, Bellinger Lane, Medford, OR.

The family of Richard S. Nielsen created this Life Tributes page to make it easy to share your memories.

Send flowers to the Nielsen family.