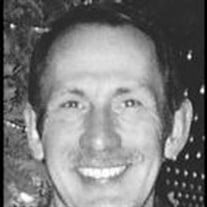 Norman David Ziemer, 66, passed away on March 5, 2010, surrounded by his family in the home he built with his wife and family near Lake of the Woods. The home, fondly referred to as The Mountain House was a welcoming place for his family to gather and build memories. He was born January 3, 1944, in Kenosha, Wis., to Norman and Mary Jane Ziemer. He was the oldest of three. In 1961, his family moved from Galesville, Wis. to Lodi, Calif. David received an Associate of Arts from San Joaquin Delta College in 1965, and a Bachelor of Science in Business Administration Accounting degree from Sacramento State College in 1968. After graduating from college, David went to work for the Internal Revenue Service in San Francisco. After working several years with the IRS in various locations, he took a year off. In 1977 he moved his family to Juneau, Alaska, to work for the Alaska Department of Revenue as the Chief of Exam. In 1979, he married his current wife, Patricia (Johnson). In 1982, with the dream of a simpler life, he moved his family to a farm in Sandstone, Minn. David returned to employment with the Internal Revenue Service in 1985 and moved his family to Minot, N.D. Later that year his work took him and his family to Rock Springs, Wyo., until 1988. He returned to Minot, N.D., until 1993 and then to Medford, Ore., where he continued to work until his retirement from the Internal Revenue Service in January 2004. In 1999, he and his wife had purchased a piece of property between Lake of the Woods and Rocky Point, where his final place of residence was, The Mountain House. David loved to build and kept himself busy with various building projects from the time he was in college until his death. In 1998, he and his oldest son started the Rogue Valley Construction business until 2002, then he started making plans to build his retirement home. He enjoyed camping, traveling and taking long drives to the coast and the mountains with his wife. Many days you would find him sitting at a poker table playing Texas Hold Em with his family and friends. He spent hours reading and his nightly routine consisted of sitting outside with his old friend Jack Daniels and a Swisher Sweet Slim. David will always be remembered as a devoted husband and beloved father and grandfather, and will be dearly missed. David is survived by his wife, Patricia, of 31 years; seven children, Michael (Sherry), of Medford, Mary Hautala (Mike Parr), of Rock Springs, Wyo., Dollie (Elijah) Waters, of Copper Center, Alaska, Christopher (Kacee), of Galt, Calif., Michelle (Armando) Alvarez, of Medford, David (Brandi), of Okinawa, Japan, and Sam Ziemer (Rosie Crawford), of Newburgh, N.Y.; 12 grandchildren; sister, Sue (Bruce) Schwartz, of Nashville, Tenn.; brother, John (Peggy) Ziemer, of Acampo, Calif.; brothers-in-law, Charlie (Josie) Johnson, Tony (Julie) Johnson, and Jimmy Johnson; sister-in-law, Tina (Jim) Bland; several nieces and nephews; and his dog, Rylie. He was preceded in death by his father, Norman; followed shortly by his mother, Mary Jane, both in 1991; and granddaughter, Ashley Marie Hautala, also in 1991. Friends and family are invited to attend a memorial service at 10 a.m. on Saturday, March 13, 2010, in the chapel at Memory Gardens Mortuary; 1395 Arnold Lane in Medford, OR, 97501, (541) 773-7338. Viewing will be from 3:00-7:30, Friday, March 12, and one hour prior to the services on Saturday.

Norman David Ziemer, 66, passed away on March 5, 2010, surrounded by his family in the home he built with his wife and family near Lake of the Woods. The home, fondly referred to as The Mountain House was a welcoming place for his family to... View Obituary & Service Information

The family of Norman David Ziemer created this Life Tributes page to make it easy to share your memories.

Send flowers to the Ziemer family.