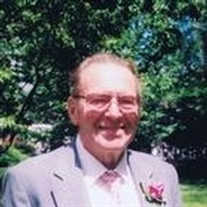 Marwin Richard Despain passed away Sunday, August 28, 2012 at home from complications of a stroke and a fall at the river on his birthday Aug. 4th. Marwin Richard Despain was born August 4, 1935 in Phoenix, Arizona to Elzie Winston Despain and Anna Margaret Eckel Despain. They lived in Prescott, Arizona until the World War II years when they moved to Lynnwood, California where both parents worked in the Aircraft factories. In 1944 they moved to Medford, Oregon where they remained. Marwin went to schools in Medford and graduated from Medford High School. He attended one year of college at Brigham Young University, then married Eloise Meilke in 1956 in the Salt Lake City Temple. That same year he went to work for the Bureau of Land Management surveying for the Talent water pen stock, tunnel and canals. They worked on land surveys fro Emigrant Lake, Howard Prairie. He later worked for other surveyors. He worked on the Elk Creek Dam for Obioshi and on the Lost Creek Dam, first surveying and then as a carpenter on Peyton Bridge. In 1961-63 he went to California to work for Greenwood Surveyors who did the Olympic Village at Tahoe, then for Clair Hill who surveyed for the power lines over Feather River Canyon area, where the only way in every day was by helicopter. Back in 1959 he was hired by Delmar Smith the original owner of Crater Rock Museum, who wanted to teach him Beekeeping from the ground up and how to make his own Bee "equipment". He has been a commercial beekeeper for 40 years along with working full time. At one time he was a building contractor and retired in 2006 from carpentry. He also held a Master of Cabinetry Certification. He has been a lifelong member of the Church of Jesus Christ of Latter-day Saints and held many positions in the church along with Scouting. He and his wife have 5 children; Richard Laurence a rancher in Weiser, Idaho; Laura Zurligen an Interior Designer in Salt Lake City, Utah; David Despain a builder in Oregon City, Oregon; Julie Farmer a beautician in Vernonia, Oregon and Karen Patton a Dental Technician in Vernonia, Oregon. He and his wife have 30 grandchildren and 7 great-grandchildren. They lived in the same house for 45 years. He is survived by his wife, children, grandchildren, great-grandchildren, a sister: Roberta Henegin and was preceded in death by his parents and a brother, Noal Despain. Marwin has always loved being in nature, like climbing Mt. Shasta, working with wood in his shop and serving others in the Church. His beekeeping has been his life's enjoyment, even until this time. But still his family and church came first. He had many wonderful friends. Funeral services was held at 10:30am on Saturday, September 1, 2012 at Memory Gardens Mortuary Chapel, 1395 Arnold Lane with a graveside to follow at Memory Gardens Memorial Park. www.memorygardensmortuary.com

The family of Marwin Richard Despain created this Life Tributes page to make it easy to share your memories.

Send flowers to the Despain family.