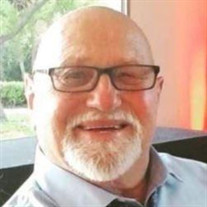 John David Surles, 84, passed away on April 1st, 2022 after a heart attack at his home in Shady Cove, OR. John was born on 11/11/1937 to John W. Surles and Jean Elizabeth Wade in Flint, MI. John signed on with the Navy in the year 1957 before he was even 18. He was honorably discharged after 11 years. John met Darlene while in the service and they had 3 children, John, Tom, and Cynthia. John met Camille, his true soul mate, in 1986 and started courting her at the local dance spot McNeilly’s. They we’re happily married for 20 years. John retired a couple of times, beginning in 2001 from the Sonoma Pacific Company. He then spent time working out and working at the Fitness Factory until 2007 when he officially retired at the age of 70. He enjoyed walking Bebe, drinking Martinis with friends and reading with Bebe while drinking his NonFat Defat Extra Hot latte. John was predeceased by his mother Elizabeth, father John, brother Tom, sister Barbara, wife Camille, daughter Cindy, and son Tom. John is survived by his grandchildren Katie, Joseph, Dillon, Donna, Ava, Hannah, and Emily. Great Grandchildren DaphneAnn, Lucas, Travis, Tobias, Takoda, and Giovanni. Not to mention his step son Greg Swanton, step daughter Andrea LeFrancois and niece Debbie Surles who meant so much to him. A Celebration of Life will be held on 4/24 at Noon. Downtown Sonoma Plaza across from Mary’s. In lieu of flowers, please consider a donation to the families GoFund me at https://gofund.me/9d7328c4

The family of John David Surles created this Life Tributes page to make it easy to share your memories.

Send flowers to the Surles family.