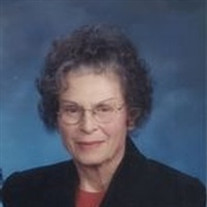 ENID GAYNOR EDWARDS The memorial services for Enid Edwards will be held Monday June 2, 2008 at 4:00 PM at First Baptist Church, 649 Crater Lake Avenue, Medford, Oregon. Mark Lounsbury with the First Baptist Church will officiate. Private internment will be at Memory Gardens Memorial Park in Medford. Enid was born November 22, 1930 in Manteca, California to Alfa Metsker Dimmitt. During her depression era school years she lived in logging camps and Eagle Point ranches with her mother having moved to the Rogue Valley area in 1940. She married Alvin in November 1948 in Reno, Nevada after having met him at the Medford Roller Rink. During those years she worked at the Rialto theatre on West Main Street. Her sons, Mike and Gary were born in 1949 and 1951. During her working years in the '50's and '60's she was one of the most productive pear packers at Reter Fruit Company and Nye & Naumas Packing Company. In 1970 she became the convention center manager at the then newly completed Holiday Inn. In the '70's and '80's she was a very successful realtor at Realestaters. Enid was semi-retired in the '90's and traveled with Alvin throughout the western U.S., spending the winters in Arizona. Her interests over the years were bowling, archery, water skiing, dune buggies, knitting, gardening, flying, and snowmobiles. She is survived by her husband Alvin; sons, Mike of Huntington Beach, Calif., Gary of Medford, Or.; grandchildren, Malcolm Edwards, Alexandra Edwards, Madeline Edwards, Dawn Edwards and Crystal Bingham; and great grandson Tyler

The family of Enid Gaynor Edwards created this Life Tributes page to make it easy to share your memories.

ENID GAYNOR EDWARDS
The memorial services for Enid Edwards will...

Send flowers to the Edwards family.