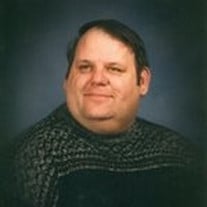 Delbert L. Roland 1947~2008 Delbert (Del) L. Roland, 61, passed away Sunday, June 29, 2008, at his home in Medford, Ore. following a long illness. Del was born on April 13, 1947, in VanPort, Ore. He was the eldest son of Dale and Betty Roland of Yamhill, Ore. Del graduated in 1965 from Hillsboro High School in Hillsboro, Ore. and attended Portland State College, Portland Community College, Rogue Community College and Southern Oregon State College. He married Nancy Carol Jones in Boise, Idaho, on September 29, 1965. They later divorced. On April 13, 1986, in Yamhill, Ore., he married Linda Michelle Greeley. Del began his career as a reserve police officer for the cities of Cornelius and North Plains in Oregon and also volunteered as a fireman for Washington County Fire District #3 in Oregon before becoming a police officer in Forest Grove, Ore. In 1973, Del was hired as a deputy sheriff for the Jackson County Sheriff's Department, where he became known as "Father Del" by his co-workers. While working as a traffic fatality officer and field training officer, he often spent many evenings and weekends working extra duty on marine patrol and forest patrol. He served as president of the Sheriff's union and many times you would find him playing golf with the veterans at the White City Domiciliary. During the last few years before he retired, Del worked as a corrections officer and supervised the inmate worker program at the Talent facility for the county jail. His motto was to always treat the prisoners as he would want to be treated himself and he would say, "For the grace of God go I." Years later, while traveling through different states, many times someone he had arrested would recognize him and thank him for the way he had treated them. Upon retiring from the Sheriff's department, Del volunteered as a Jackson County Detention Officer, a Court Advocate for the Circuit Court, a Probation Officer for Jackson County, a board member for Jackson County Court Volunteers and for the Project Misdemeanor In-Home Detention program. As a member of Jackson and Josephine Counties Right to Life, Del was humbled when he was given the opportunity to attend a dedication for law enforcement officers in Washington, D.C. Del's love of politics led him to serve as a Talent City Councilman, a member of the Talent Planning Commission, precinct person for the Republican Party for Jackson County, Chairman for the Jackson County Republican Central Committee and Vice-Chairman of the 2nd Congressional District for the Republican Party in Oregon. Del's greatest joy in life was his children and grandchildren. He coached his kids in baseball from T-ball through Babe Ruth, loving every minute of it. During those years, Del served as president of the Talent Little League and helped design and build the Talent Little League baseball fields. Seeing his kids play sports was very important to him and he never missed a sporting event his kids played in. He mentored many other kids in sports throughout the years, gaining their respect and admiration. He helped shape many of these kids' lives and in later years they came back to him to ask for his help and recommendation in choosing their career. Del loved the Lord. He made several trips driving the bus for the Youth for Christ to Mexico and California on spring break with his church family, on many unforgettable work and witness trips to Mexico and Arizona. He was always willing to help anyone in trouble, even strangers. On more than one occasion, he went out of his way to help people he didn't even know. His policy was "my door is always open." Del was blessed to have a large family, with many special nephews, nieces, aunts, uncles, cousins, friends and his dog, Panda, that he loved very much. He was lovingly called the "Monarch" by his sisters and brothers. Del is survived by his wife, Linda Roland, of Medford, Ore.; his mother, Betty Roland, of Yamhill, Ore.; four sons, Jerry Roland and Perry Roland, of Phoenix, Ore., Kerry Roland (Lisa) of Central Point, Ore., and Rusty Roland (Audrey), of White City, Ore.; two daughters, Brandi Williams (Greg), of Salem, Ore., and Misti Long, of Medford, Ore. Eight grandchildren, Cambria Roland of Pasadena, Calif., Cody Roland of Phoenix, Ore., Sherry Williams, of Los Angeles, Calif., Katie Roland and Aubrielle Long of Medford, Ore., Kayli Williams, of Salem, Ore., and Zack and Hannah Brood, of Central Point, Ore; five adopted grandchildren, Victoria and Jessica Tuttle, of Rossmoor, Calif., and Cheyenne, Shaylee and Gauge Elwess, of Medford, Ore. Del is also survived by five brothers, George Roland, of McMinnville, Ore., Melvin Roland, of Newberg, Ore., Walter Roland (Jan) of Wenatchee, Wash., Kenny Roland (Hsin) of Hillsboro, Ore., and David Roland (Pam), of Irving, Tex.; and three sisters, Linda and Loretta Roland of Yamhill, Ore. and Laureen Garcia (Guillermo), of Sparks, Nev. Del was preceeded in death by his father, Dale James Roland. Funeral services for Del will be held on Saturday, July 5, 2008, at 1:30 p.m. at Harvest Baptist Temple, 2001 S. Columbus Ave., Medford, Ore. Pastor Bob Gass will officiate. Del wanted his grandchildren to remember that Poppy was always there for them and loved them all very much. The family would like to thank all of the Asante Home Health and Hospice people who so graciously were there for him throughout his long illness. A very special thanks to Del's nurse, Tom, and his personal aide, Sue, whom he called his angel, for your compassion, your time, your respect and understanding. To Tom, Sue, Margaret, Regina, Kerri, Elaine, Chris. He loved you all.

The family of Delbert L. Roland created this Life Tributes page to make it easy to share your memories.

Send flowers to the Roland family.