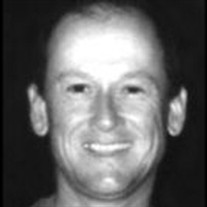 Dean J. Foss Dean Jay Foss, 53, formerly of Yreka, CA passed peacefully Sunday, July 12, 2009 at his home in Medford, OR after a courageous battle with pancreatic cancer. He was born Dec. 4, 1955 in Yreka to Edgar J. and Dorothy Jean (Skoland) Foss where he enjoyed an adventurous youth. High school football, baseball and wrestling were things he participated in and enjoyed but hiking up to the Marble Mountain Wilderness lakes to fish with friends was something he loved to do as often as possible. Dean graduated from Yreka High School and went on to earn his Bachelor's Degree in Recreation Administration at Chico State University. Shortly after graduation he began working for the City of Yreka as a Recreation Supervisor and worked his way up to Parks and Recreation Director during his 22 years of service. During this time he was involved in many community projects and annual activities in Yreka including the Kid's Fishing Derby at Greenhorn Park, Junior Olympics, the Hershey Track & Field Youth Program, the Turkey Trot, Easter Egg Hunt, Kid's Day Parade, Ringe Pool and many sports leagues. In 1997-98 Dean earned the title of Distinguished President of the Yreka Kiwanis Club. For many years he was also a member of the Siskiyou Bowmen, Oregon Hunters Association, Rocky Mountain Elk Foundation and Ducks Unlimited, as well as being a member of the Mt. Ashland Ski Patrol during the 1980s. Dean always enjoyed being outdoors in God's country, hunting, fishing and especially shooting his Mathews bow. In 2007 he took first place in the Techno Hunt winter league at the Dew Claw archery shop in Medford. His accuracy with his bow was remarkable. Survivors include his loving wife of 20 years, Kathy; two sons of which he was so proud, Erik Foss of Bellevue, WA and Kirby Foss of Medford, OR; his mother Dorothy Jean Foss of Luverne, MN; sister Sandi and brother-in-law Tom Menefee of Orangevale, CA; his brother Ed and sister-in-law Fran Foss of Phoenix, OR; and brother Jeff Foss of Denver, CO. Nieces and nephews include Erin and Sean Menefee, Brett Foss, Stephanie (Foss) Hudson, Christine and Matthew Stone, Jeff, David and Scott Stone, Ryan, Kara, Alyx and Shea Stone, Chloe and Emily West, mother-in-law Carol Liatti and her husband Bill, father-in-law Bob Stone and his wife Margaret, brothers-in-law Terry Stone, Don Stone and Dan Stone and sister-in-law Christine Kitts and their families, as well as many other family members and friends who will dearly miss him. His father predeceased him in 2001. A celebration of Dean's life will be held at 2 PM Saturday, July 18, 2009 at the Memory Gardens Chapel, 1395 Arnold Lane, Medford, OR. A reception with refreshments will follow the service. Please share a written thought or memory during the event (stationery will be provided). Dean was an outstanding father and husband, brother, son and friend among so many other things. He will be deeply missed. Memorial contributions may be made to either of the following organizations or to the charity of one's choice. Asante Hospice Foundation 2650 Siskiyou Blvd. Ste. 207 Medford, OR 97504 or Pancreatic Cancer Action Network (PanCan) 2141 Rosecrans Ave., Suite 7000 El Segundo, CA 90245 Memory Gardens Memorial Park & Mortuary is handling the arrangements.

The family of Dean Jay Foss created this Life Tributes page to make it easy to share your memories.

Send flowers to the Foss family.