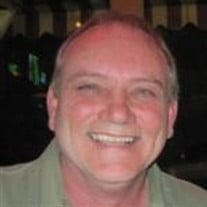 Clarence Dale Harris passed away unexpectedly at his residence on December 17, 2010 in Medford, Oregon. A service will be held at 3pm on December 30, 2010 at Table Rock Fellowship, 3610 North Pacific Highway in Medford, Oregon. Clarence was born on December 17, 1958 in Weirton, West Virginia. He was preceded in death by his father, Clarence Bernard. He is survived by his loving fianc, Sherri Hopper. Clarence is also survived by mother, Dorothy Ruth Huffman, daughter, Amy Martling, son, Jonathan Martling, brothers and spouses, David Harris and Sibbie, Mark Harris and Donita, Wayne Harris and Christina; sisters, Jane Holt and spouse, Scott and Donna Davis. Clarence was an employee with Trees, Incorporated for over 25 years and has been contracted to Pacific Power for several years as a forest technician. His area of expertise was inspecting transmission power lines, and communicating with landowners and agencies on required vegetation management work to ensure reliable electric service in southern Oregon and northern California. Clarence was passionate about life and enjoyed many hobbies, including hunting, golfing and swing dancing. Clarence was always surrounded by friends and family and touched many lives on both a professional and personal level. He had the special quality of listening to each person he came in contact with and his first thought was always for other people's needs.

The family of Clarence Dale Harris created this Life Tributes page to make it easy to share your memories.

Clarence Dale Harris passed away unexpectedly at his residence...

Send flowers to the Harris family.