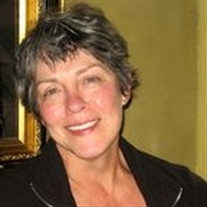 Carol Ann Norman Carol Ann Norman, 66, of Phoenix, Ore., died at home on Tuesday, December 22, 2009, at 12:12 p.m. from complications related to a rare form of metastatic Sarcoma. She was surrounded by her family. She was born to the late Carrol and Mildred Grimstvedt on September 11, 1943, in Chippewa Falls, Wis. Shortly after, the family moved to their permanent home in Madison, S.D. Carol worked part-time in her father's Coast-to-Coast hardware store through high school, where she learned how to fix just about anything and developed a fascination with numbers and bookkeeping. Carol was very active in high school. She played the clarinet in the marching band, was a varsity cheerleader and was a champion table tennis player. After graduating from Madison High School in 1961, Carol attended the University of South Dakota and received a BS in business management in 1965. While at USD, she was a member of the Chi Omega Sorority and also served as a University Cheerleader. It was there that she met Gil, her future husband. Carol married Gil Norman on August 17, 1966, and they lived in Iowa, southern California and then spent a majority of their married life in Texas. Upon retirement in December 2006, they moved to Phoenix, Ore. to be closer to their new granddaughter, Vivian Georgene Martin. Carol made a career as an accountant, taking time off in 1982 to raise her two daughters. She resumed her full time accounting career in 1994 until her retirement in 2006. She was a valued employee who quickly became the go-to person in the corporations where she worked. She served as treasurer of the Dallas Association of Insurance Professionals (DAIP). Carol had a wonderful sense of humor, loved photography, traveling, skiing, visiting her children, camping with her husband, as well as planning and organizing just about anything; but her true joy in life and greatest hobby was doting on her children, Rochelle and Renee and her granddaughter, Vivian. Carol is survived by her husband, Gil; two children, Rochelle Norman-Capo and her husband David Capo of Ft. Salonga, N.Y.and Renee Norman-Martin and her husband Dave Martin of Ashland, Ore. one grandchild; Vivian Martin; three siblings, Dana Shaw of Falls Church, Va.; Karen Doyle of Swisher, Iow, and Gary Grimstvedt of Lakewood, Colo. Carol was preceded in death by her father, Carrol Grimstvedt; her mother, Mildred Grimstvedt and her grandson, Aden Martin. Carol's memorial service will be held on Friday, January 8, 2010, at 3:00 p.m. at Memory Gardens Mortuary and Memorial Park, 1395 Arnold Lane, Medford, OR 97501, Reception will follow at the Ashland Elks Lodge, 255 E. Main Street at 5:00 p.m. For more information please contact Memory Gardens at 541-773-7338 or www.memorygardensmortuary.com. In lieu of flowers, please consider sending donations to The Knight Cancer Institute at Oregon Health & Science University (www.ohsucancer.com), The American Cancer Society (www.cancer.org) or The Look GoodFeel Better Program (www.lookgoodfeelbetter.org).

Carol Ann Norman Carol Ann Norman, 66, of Phoenix, Ore., died at home on Tuesday, December 22, 2009, at 12:12 p.m. from complications related to a rare form of metastatic Sarcoma. She was surrounded by her family. She was born to the late... View Obituary & Service Information

The family of Carol A. Norman created this Life Tributes page to make it easy to share your memories.

Send flowers to the Norman family.